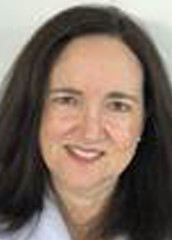 Ms. Ann Pollock, Senior Managing Director, is based in Chicago, Illinois. A proven expert, she has over 30 years of experience as a legal consultant and aircraft financial advisor. Ms. Pollock has negotiated settlements of aircraft-related contractual disputes and has structured and negotiated the acquisition, leading and disposition of dozens of aircraft.

Ms. Pollock’s industry expertise includes extensive negotiation experience, including aircraft refurbishment contracts, lease terminations, aircraft leases, financings and acquisitions in the U.S. and more than two dozen foreign jurisdictions. She has represented airlines, lessors and lenders. In addition, she has restructured billions of dollars of leased and owned aircraft in Chapter 11 proceedings, including US Airways and CIT; and negotiated fleet acquisitions from Airbus for US Airways and South African Airways.

Ms. Pollock is a retired partner of Skadden Arps. She holds a J.D. from Harvard Law School and a B.A. from Yale University.